As many of you know, our network has been supporting and promoting The Liturgy Film, also now entitled Mass of the Ages: How Tradition Will Restore the Church. This documentary will examine the loss of faith among Catholics and how it happened over the last 50 years.

We are pleased to share that they have launched their kick-starter campaign to raise the funds necessary to complete the film. Thanks to your help and others, they have raised over $14,000 - yet they still have a long ways to go.

Can you review the trailer and campaign site? 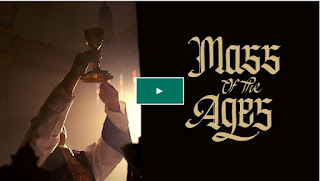 If you enjoy the trailer - would you consider asking your council, friends and family to support this?

As Catholic author John Senior noted, we can't restore the culture until we restore the liturgy. "Mass of the Ages" begins that process by awakening Catholics to the importance of Sacred Liturgy.